Proper sanitation and maintenance will prevent most problems. Most urban squirrels owe their existence to humans. We supply both food, and shelter without thinking. A house is just another funny looking tree to the squirrel. Why should the squirrel spend days cutting and hauling twigs up a tree to build a nest, when there is a perfectly good attic to sleep in. Its warm, out of the weather, and they don’t have to worry about predators coming in. Just add leaves or fluff, and call it home. 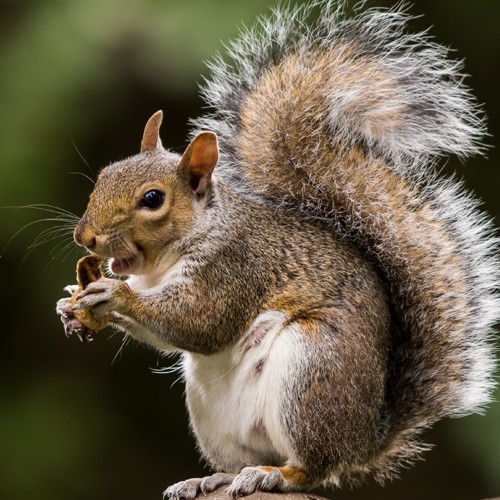 The genus name Tamias is Greek for “treasurer”, “steward”, or “housekeeper”, which is a reference to the animals’ role in plant dispersal through their habit of collecting and storing food for winter use. 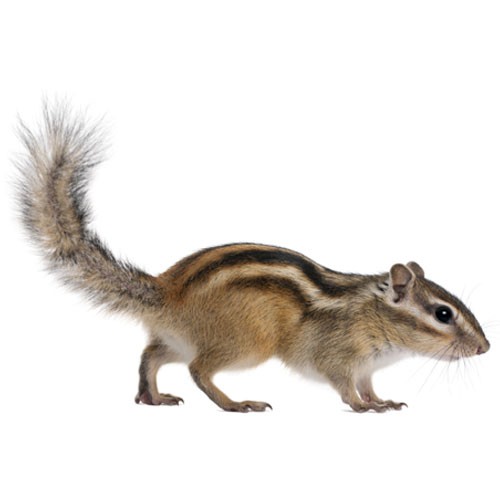 Skunk species vary in size from about 15.6 to 37 in (40 to 94 cm) long and in weight from about 1.1 lb (0.50 kg) (spotted skunks) to 18 lb (8.2 kg) (hog-nosed skunks). They have moderately elongated bodies with relatively short, well-muscled legs and long front claws for digging. Although the most common fur color is black and white, some skunks are brown or grey and a few are cream-colored. All skunks are striped, even from birth. They may have a single thick stripe across back and tail, two thinner stripes, or a series of white spots and broken stripes (in the case of the spotted skunk). Some also have stripes on their legs. 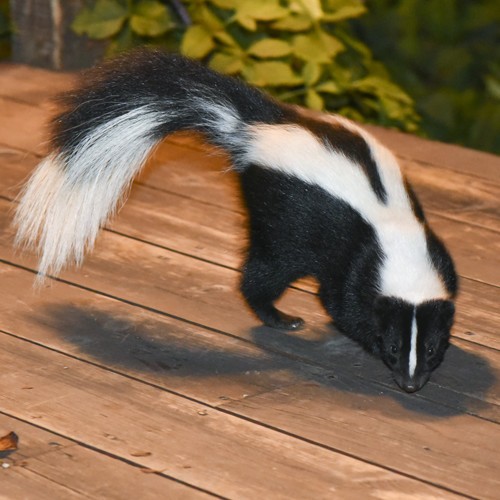 The opossums, also known by their scientific name Didelphimorphia /daɪˌdɛlfɨˈmɔrfiə/), make up the largest order of marsupials in the Western Hemisphere, including 103 or more species in 19 genera. Of South American ancestry, they entered North America following the connection of the two continents. Their unspecialized biology, flexible diet, and reproductive habits make them successful colonizers and survivors in diverse locations and conditions.

The word “opossum” is borrowed from the Virginia Algonquian (Powhatan) language, and was first recorded between 1607 and 1611 by the Jamestown colonists John Smith (as “opassom”) and William Strachey (as “aposoum”). The word ultimately derives from the Proto-Algonquian word, meaning “white dog” or “white beast/animal”.

The raccoon sometimes spelled racoon, also known as the common raccoon is a medium-sized mammal native to North America. The raccoon is the largest of the procyonid family, having a body length of 40 to 70 cm (16 to 28 in) and a body weight of 3.5 to 9 kg (8 to 20 lb). Its grayish coat mostly consists of dense underfur which insulates against cold weather. Two of the raccoon’s most distinctive features are its extremely dexterous front paws and its facial mask, which are themes in the mythology of several Native American ethnic groups. Raccoons are noted for their intelligence, with studies showing that they are able to remember the solution to tasks for up to three years. The diet of the omnivorous raccoon, which is usually nocturnal, consists of about 40% invertebrates, 33% plant foods, and 27% vertebrates.

Though previously thought to be solitary, there is now evidence that raccoons engage in gender-specific social behavior. Related females often share a common area, while unrelated males live together in groups of up to four animals to maintain their positions against foreign males during the mating season, and other potential invaders. Home range sizes vary anywhere from 3 hectares (7 acres) for females in cities to 50 km2 (20 sq mi) for males in prairies. After a gestation period of about 65 days, two to five young, known as “kits”, are born in spring. The kits are subsequently raised by their mother until dispersal in late fall. Although captive raccoons have been known to live over 20 years, their life expectancy in the wild is only 1.8 to 3.1 years. In many areas, hunting and vehicular injury are the two most common causes of death. 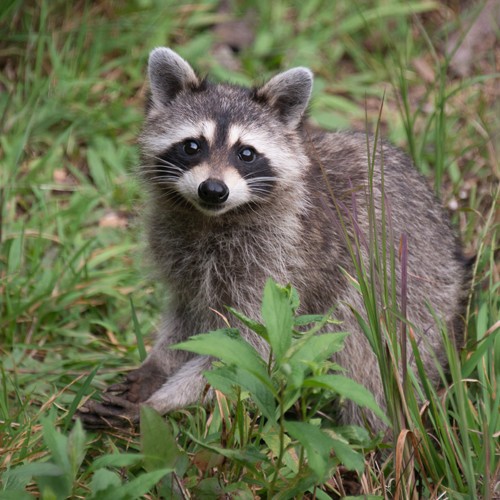 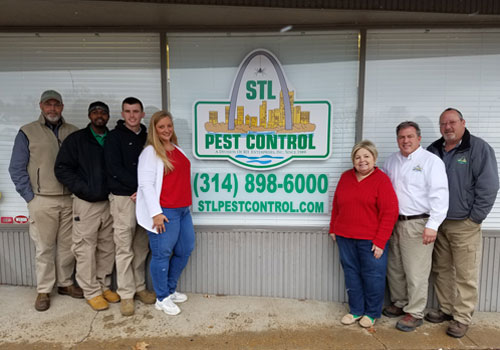