History of the Mole

Moles are small mammals adapted to a subterranean lifestyle. They have cylindrical bodies, velvety fur, very small, inconspicuous ears and eyes, reduced hindlimbs and short, powerful forelimbs with large paws adapted for digging. The term “mole” is especially and most properly used for “true moles” of the Talpidae family in the order Soricomorpha found in most parts of North America, Asia, and Europe although may refer to other completely unrelated mammals of Australia and southern Africa which have also evolved the mole body plan; it is not commonly used for some talpids, such as desmans and shrew-moles, which do not quite fit the common definition of “mole”.

Moles have been found to tolerate higher levels of carbon dioxide than other mammals, because their blood cells have a special and unique hemoglobin protein. Moles are able to reuse the oxygen inhaled when above ground, and as a result, are able to survive in low-oxygen environments such as underground burrows.

Moles have polydactyl forepaws; each has an extra thumb (also known as a prepollex) next to the regular thumb. While the mole’s other digits have multiple joints, the prepollex has a single, sickle-shaped bone which develops later and differently from the other fingers during embryogenesis from a transformed sesamoid bone in the wrist, independently evolved but similar to the giant panda thumb. This supernumerary digit is species-specific, as it is not present in shrews, the mole’s closest relatives. Androgenic steroids are known to affect the growth and formation of bones, and a connection is possible between this species-specific trait and the “male” genitals apparatus in female moles of many mole species (gonads with testicular and ovary tissues).

Moles are considered agricultural pests in some countries, while in others, such as Germany, they are a protected species, but may be killed with a permit. Problems cited as caused by moles include contamination of silage with soil particles, making it unpalatable to livestock, the covering of pasture with fresh soil reducing its size and yield, damage to agricultural machinery by the exposure of stones, damage to young plants through disturbance of the soil, weed invasion of pasture through exposure of freshly tilled soil, and damage to drainage systems and watercourses. Other species such as weasels and voles may use mole tunnels to gain access to enclosed areas or plant roots. 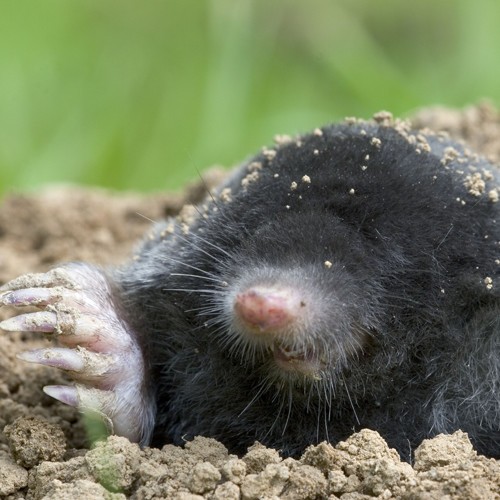 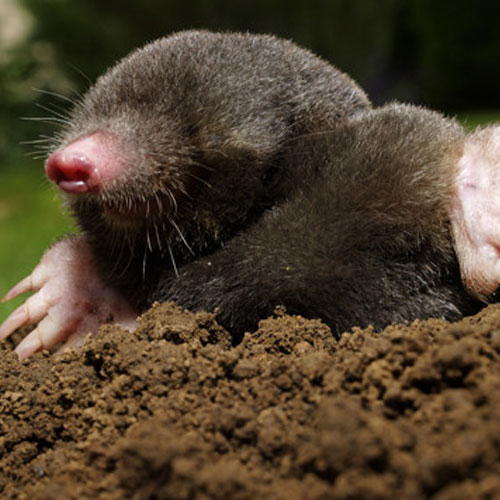 A vole is a relative of mice is about the same size of the mouse. They have shorter ears and a shorter tail then mice with a slightly rounder head. They are sometimes called meadow mice or field mice in the North American region. The voles have burrows and leave very obvious trails that aress are matted down and worn away. These trial are many times confused with moles. They eat succulent roots, a wide variety of nuts and they make their home under the roots as well which ultimately will kill the plants. 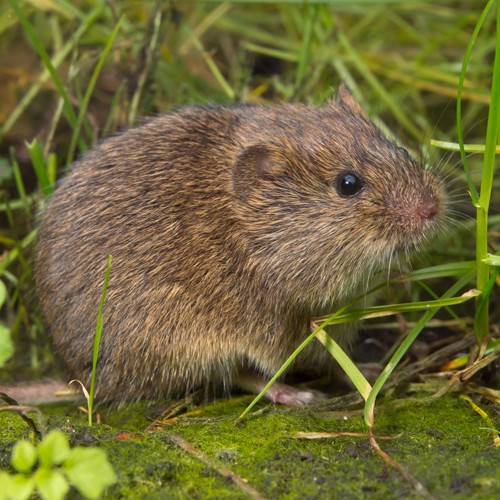